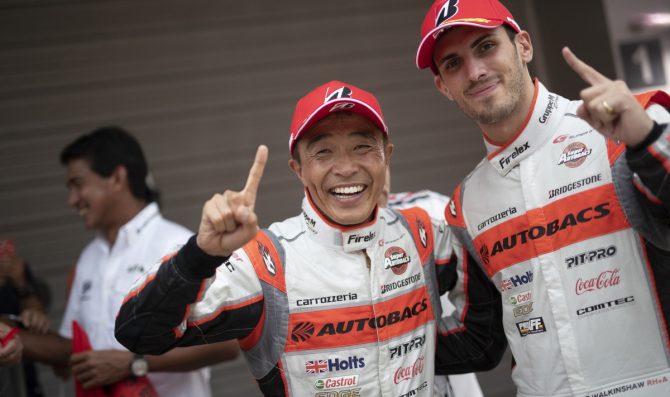 Sean Walkinshaw and Shinichi Takagi took a dominant second win of the Super GT Championship season at Fuji Speedway on Sunday, to move back into the lead of the GT300 title race by six points.

Beginning round five of the season second on the grid, the Autobacs Racing Team Aguri duo produced a faultless performance during their various stints at the wheel of the BMW M6 GT3 to take a very comfortable victory in the longest race of 2018.

Notably too, the success marked the pairing’s third consecutive victory at Fuji Speedway, having won at the track earlier this season in round two and also during the sole visit last year.

“It’s amazing”, said the 24-year-old British driver, “Obviously Fuji is great for us, Shinichi-san did an amazing job to get past the No.25 car at the start and from then on he bolted away and I got in the car with a nice lead. I just did nice qualifying laps after that, it’s fantastic. It’s really important to win again for the championship, especially after the puncture we had in the previous round which dropped us to fourth in the points, and obviously I have to say a massive thank you to all the guys in the team for doing such a fantastic job with the car and the pit-stops too.”

Fresh from a return to the Total 24 Hours of Spa in Belgium the previous weekend, where he partnered Struan Moore, Jordan Witt and Ricardo Sanchez to a top five Silver Cup finish with the GT Sport MOTUL Team RJN squad, Walkinshaw had nothing less than a victory challenge in mind at Fuji. As expected, the BMW M6 was very rapid from the outset and after setting the second fastest time in practice on Saturday, only 0.053 seconds shy of the top of the times, in qualifying the ARTA entry was second again – thanks to a lap of 1m37.326 seconds from Takagi, a miniscule 0.014 seconds outside pole position.

Delighted to start the Fuji encounter from the front row of the GT300 grid, Takagi began the race and stayed glued to the pole-starting Toyota of Sho Tsuboi initially before then having to cast an eye to his mirrors with the No.10 Nissan GT-R NISMO making its presence felt.

Shadowing the GT300 leader lap after lap, Takagi made the breakthrough on lap nine with a superb cut-back into Turn One to move into first place comfortably on the brakes. Pulling clear, the ARTA driver really started to stamp his authority on the race and opened an advantage of around 19 seconds before pitting on lap 30 for the team’s first stop.

Walkinshaw climbed aboard for his first stint, joining the race ninth in GT300, and as the opening round of pit visits played out the British driver moved back up the order and was into the top five in just a handful of laps. At around one quarter race distance Walkinshaw re-took the race lead, as the last of the GT300 cars not to have pitted did so, and the gap to his closest on-track challenger stood at a very healthy 12 seconds. Driving beautifully, Walkinshaw reeled off some impressive laps and more than doubled his lead to 27 seconds by lap 65.

Making the team’s second pit-stop soon after, Takagi got back behind the wheel of the BMW M6 GT3 and he was able to join the race back in the lead – such was the advantage when Walkinshaw headed into pitlane – with a 24 second cushion over the No.25 Toyota. As the huge 500-mile race reached its halfway point, Takagi was half a minute clear of the chasing pack and when the third round of scheduled stops took place Walkinshaw was able to thread back into the race with an enhanced advantage of closer to 40 seconds.

Continuing to control the action from the front, Walkinshaw pressed on as the skies overhead became increasingly cloudy and his lead remained steady over the No.0 Mercedes-AMG. The fourth and final stop took place with just over 30 laps to go and another smooth driver-change enabled Takagi to head back onto track in second place with the Mercedes yet to visit the pits. Soon moving back into the lead, and with a significant gap of close to 50 seconds to the pack, the Japanese racer didn’t put a wheel wrong, as neither ARTA driver had race-long, to secure the duo’s second victory of 2018 and third consecutive success at Fuji Speedway.

Round six of the engrossing Super GT Championship season will take place over the weekend 15th/16th September at Sugo in Japan. 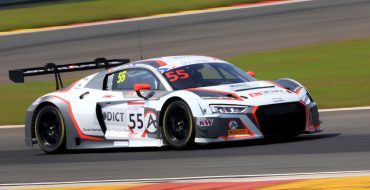 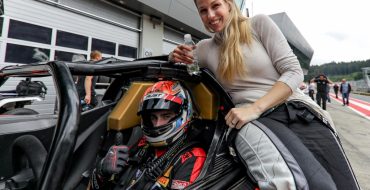 Super GT Championship GT300 racer Sean Walkinshaw is determined to put some more daylight between himself and his title rivals as the 2018 season resumes... 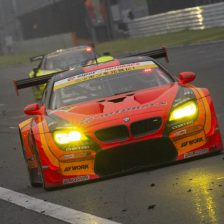 END_OF_DOCUMENT_TOKEN_TO_BE_REPLACED

Sean Walkinshaw and Shinichi Takagi experienced extreme misfortune during the fourth round of the Super GT Championship held at the Chang International Circuit, Thailand, on... 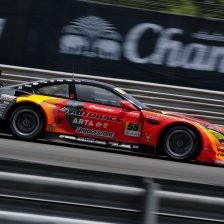 END_OF_DOCUMENT_TOKEN_TO_BE_REPLACED

Sean Walkinshaw returns to the scene of his maiden Super GT Championship race victory, Fuji Speedway in Japan, this coming weekend for the eagerly awaited...

END_OF_DOCUMENT_TOKEN_TO_BE_REPLACED

Super GT racer Sean Walkinshaw aims to get his GT300 championship bid off to the strongest possible start at Okayama, in Japan, this coming weekend, 7th/8th...

END_OF_DOCUMENT_TOKEN_TO_BE_REPLACED

END_OF_DOCUMENT_TOKEN_TO_BE_REPLACED
This site uses cookies, including third parties, to offer services in line with your preferences. If you want to know more click here. By closing this banner you consent to the use of cookies.