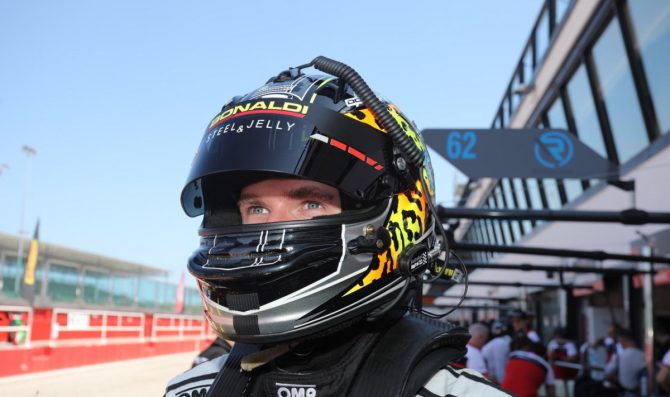 Stuart Middleton is set to embark on his most important season to date this year after making the deserved step-up to GT3 with top Lamborghini squad Imperiale Racing in the Italian GT Endurance Championship.

The 21-year-old British driver, who has already relocated to Italy in readiness for his maiden campaign with Bologna-based Imperiale, is absolutely relishing his debut in Italian GT and his first season piloting a full GT3-specification Lamborghini Huracán.

Almost winning the European crown back in 2019, taking three race wins and a total of eight podiums, an eleventh hour deal last year enabled Middleton to race in the United States for the first time where he was fourth in the standings and a multiple podium finisher.

For the coming season, the Ashington driver will contest the four-round Italian GT Endurance Championship where he will share a Lamborghini Huracan GT3 EVO with Italian team-mates Andrea Amici and Alberto Di Folco – both of whom have also progressed from the Super Trofeo.

“I’m over the moon, absolutely over the moon“, Middleton said. “It’s fantastic to be part of such a cool thing, it’s one of those opportunities you have to grab with both hands and make the absolute most of. I’ve really enjoyed my time in the Super Trofeo over the last couple of years, to now have the opportunity to race the full GT3 Lamborghini Huracan – and in Italy too – is incredible. I’m delighted to be racing with Imperiale, it’s a fantastic team and the guys definitely know what they’re doing! They’ve got a hell of a lot of experience and with two amazing team-mates in Andrea and Alberto we’re definitely going out there aiming to win the championship. I’ll be doing the best I can to make that happen.”

As has been the way throughout his career, year-on-year Middleton tackles brand new challenges head-on and 2021 will be no different. As well as racing in a different championship, he will also have to get adjusted to the full GT3-spec Huracan and working with a new team and team-mates.

His car racing career thus far has been packed with success, starting off by winning the Ginetta Junior Scholarship in October 2014 before winning the 2015 Winter Series title. During the main 2016 season, Middleton raced to the Vice-Champion’s position.

In his maiden year of GT endurance racing in 2017, Middleton starred and along with Will Tregurtha became British GT4 Champion. The pairing then only just missed out on the GT4 European Series crown the following year.

Middleton’s prowess in British GT4 also meant he won the Sunoco Whelen Challenge which earned him a dream drive in the 2018 Daytona 24 Hours. Finishing a sensational second on his debut in the huge race, Middleton – teaming with Felipe Nasr, Mike Conway and Eric Curran – was the youngest podium finisher of the 21st century and the highest ever placed Sunoco Whelen winner.

“Pretty much every year so far in my racing we’ve done something new or different“, Middleton added. “I’ve had to learn a new car or working with a new team, new tracks, new country. This year we can add learning a new language to that as well! This is the kind of drive I’ve wanted for so long, I really can’t wait to get started working with the team. I do have to say a massive thank you to Imperiale and to Lamborghini Squadra Corse for this huge opportunity, as well as my family too – I wouldn’t be at this point now without the amazing support they’ve shown me. I’m determined to work as hard as I can to maximise this incredible chance.”

The Italian GT Endurance Championship will get underway at Pergusa in Sicily over the weekend 22nd/23rd May. 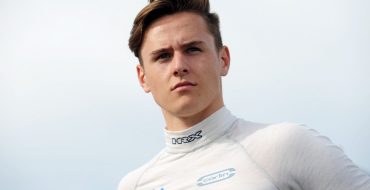 Frederick moves up to FIA Formula 3
Next Article 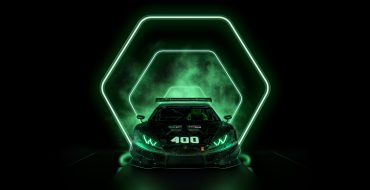 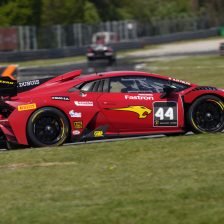 END_OF_DOCUMENT_TOKEN_TO_BE_REPLACED

The reigning British GT4 champions Will Tregurtha and Stuart Middleton are ready for the first GT4 European Series races at Zolder over the weekend of 7th/8th April. The HHC...

END_OF_DOCUMENT_TOKEN_TO_BE_REPLACED

Stuart Middleton and Will Tregurtha brilliantly staked their claim for the coveted British GT4 title, in only their first season of endurance racing, following a...

END_OF_DOCUMENT_TOKEN_TO_BE_REPLACED

END_OF_DOCUMENT_TOKEN_TO_BE_REPLACED
This site uses cookies, including third parties, to offer services in line with your preferences. If you want to know more click here. By closing this banner you consent to the use of cookies.