The EuroV8 Series is ready for an exciting weekend at Monza, as the northern Italian track will host the first round of the new championship promoted by FG Marketing&Communication. The grids will be featuring some of the best racecars in business coming from prestigious brands, including Audi, BMW, Chevrolet, Chrysler, Lexus and Mercedes. The two 25-minute + 1 lap race, both with a rolling start, are set to provide the crowds with some thrilling action.

Several titles will be up for grabs this season alongside the overall one. Young racers (born after Jan. 1 1990) will challenge for the Under 25 championship, while the Salvatore Genovese team’s title will be paired by the Gentleman competition for the over-50 drivers and by the Speedy title, awarding the driver with the most fastest laps at the end of the year.

The field will be featuring some high-quality teams starting from reigning champions Audi Sport Italia and their three Audi RS5 racecars. Joining them will be Czech driver Tomas Kostka and Italian Davide Stancheris. They will be off to a classic battle with arch-rivals Mercedes-Benz, and the latest addition  to the Stuttgart-based manufacturer’s camp will be Eddie Cheever, son of the former F.1 racer and Indy 500 Champion. Cheever, moving over from the FIA F.3 championship, will drive a Mercedes C63 AMG coupé car fiended by R.R.T. while his team-mate, reigning Mini Challenge Champion Nicola Baldan, will rely on the saloon version. Two more C63 AMG will come from the Caal Racing stable with experienced Diego Romanini and Leonardo Baccarelli behind the wheel.

Two former F.1 racers will be joining the mix: Giovanni Lavaggi will drive the MRT-prepared Lexus ISF (the team will also field a Chrysler 300C for Alessandro Battaglin), while Mimmo Schiattarella has rejoined Solaris Motorsport. He will campaign a Chevrolet Lumina. Francesco Sini will stay behind the wheel of his Camaro muscle car.

The BMW field is also set to be impressive with several M3 racecars aiming for glory. Team BMW Dinamic is featuring Max Mugelli, coming from a positive 2013 season, Niccolò Mercatali and Maurizio Copetti. Scuderia Giudici will have four cars, three M3s for young rookie Claudio Giudici and for the father-son duo of Domiziano and Jonathan Giacon plus a 550i model for Gabriele Volpato.

Plenty of excitement is also expected for the EuroGTSprint Series, which will deliver fans with plenty new additions for its 5th year.  The championship will be back to the original format featuring two 40-minute sprint races per weekend following two 45-minute practice sessions and two 15-minute qualifying sessions.

The most valued car brands in grand touring competition will be back including Ferrari, Porsche and Mercedes, lined-up with some very successful teams. Among them, Portugal-based Sports&You will be on-track with two Mercedes SLS GT3 racers. The Stuttgart-built machinery will be driven by the Antonio Coimbra-Luis Silva duo and by Francisco Mora, paired with a yet-to-be-announced team-mate. Ombra Racing will once again fielding Mario Cordoni, who won the GTS3 title in 2012, on a Ferrari 458. The same car model will be brought on-track by Team Malucelli and Scuderia Baldini 27 Network. The Roman-based squad will be assisted AF Corse and and will field Lorenzo Casè, back from a stint in the United SportsCar Championsihp. The Porsche pack is featuring the 911 GT3 of Glauco Solieri (Krypton Motorsport) and a similar car for Autorlando Sport. Sebastien Fortuna (Fortuna Racing) will also be in control of a Porsche for his return in the championship.

The weekend will be kicking-off on Saturday, April 5th with the running of free practice and qualifying while all the racing activity is scheduled for Sunday, April 6th. Race 1 for the EuroV8 Series will go underway at 10:35, followed by Race 2 at 15:15. The to EuroGTSprint races are scheduled at 11:45 and 17:25.

Fans will have free access to the grandstands and to the paddock thanks to the Open Paddock promotion on both days. The series will benefit from an high-profile international live TV coverage plan  including – but not limited to – Mediaset Italia 2 in Italy and Motors TV in the pan-European area.

F.Renault 2.0 ALPS kicks off at Imola
Next Article

Young Italian racer Eddie Cheever III experienced a spectacular debut in the opening round of the 2014 EuroV8 Series. The 20-year-old man, driving for R.R.T...

END_OF_DOCUMENT_TOKEN_TO_BE_REPLACED

Two Mercedes C63 AMG racecars prepared by R.R.T. swept the front row at Monza, in the opening round of the 2014 EuroV8 Series. The pole...

END_OF_DOCUMENT_TOKEN_TO_BE_REPLACED

Niccolò Mercatali handed BMW their first win of the EuroV8 Series season at Mugello. Starting as one of the home favorites,  he cruised to victory...

END_OF_DOCUMENT_TOKEN_TO_BE_REPLACED

Max Mugelli confirmed his status of favorite for Round 3 of the EuroV8 Series at Mugello. In qualifying, the Tuscany-based racer confirmed to have the...

END_OF_DOCUMENT_TOKEN_TO_BE_REPLACED

Valentino Rossi will make his return to Gulf 12 Hours in the 2021 edition at the Bahrain International Circuit. Rossi made his Gulf 12 Hours debut... 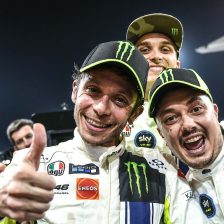 END_OF_DOCUMENT_TOKEN_TO_BE_REPLACED

The 2021 NASCAR Whelen Euro Series calendar was unveiled today. The EuroNASCAR PRO and EuroNASCAR 2 championships will feature a total of 28 races of... 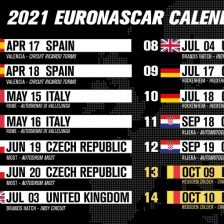 END_OF_DOCUMENT_TOKEN_TO_BE_REPLACED

Another podium for Risitano in Croatia 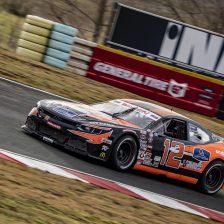 END_OF_DOCUMENT_TOKEN_TO_BE_REPLACED

Lamborghini has unveiled the race calendars for its three Super Trofeo championships for the 2021 season. Running from April to October, the one-make category reserved... 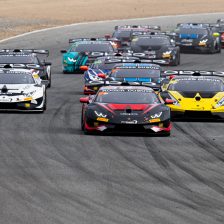 END_OF_DOCUMENT_TOKEN_TO_BE_REPLACED

SMP Racing leads the Ferrari one-two in Circuit Paul Ricard 1000km after producing a dazzling display under the lights in this evening's qualifying session. The action began just... 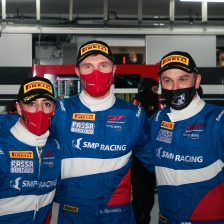 END_OF_DOCUMENT_TOKEN_TO_BE_REPLACED

Grobnik, Croazia – The racing weekend of Max Lanza in Croatia, third event of the 2020 NASCAR Whelen Euro Series season, ended before the time. An huge crash, happened on the Grobnik circuit... 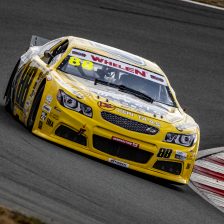 END_OF_DOCUMENT_TOKEN_TO_BE_REPLACED

Titles to be settled at Paul Ricard

The 2020 Lamborghini Super Trofeo Europe comes to the last round of the season this weekend at the Circuit Paul Ricard, with the Pro and... 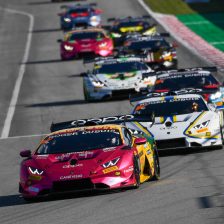 END_OF_DOCUMENT_TOKEN_TO_BE_REPLACED

Reigning Ginetta Junior Champions Elite Motorsport will join the BRDC British F3 Championship in 2021, after completing the purchase of two cars from the Lanan... 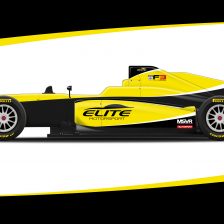 END_OF_DOCUMENT_TOKEN_TO_BE_REPLACED

Frederick is the 2020 British F3 Champion

Carlin's Kaylen Frederick is the 2020 BRDC British F3 Champion after storming to his ninth win of the season in the final race of the year... 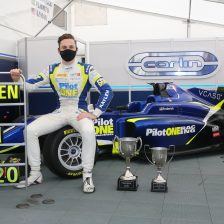