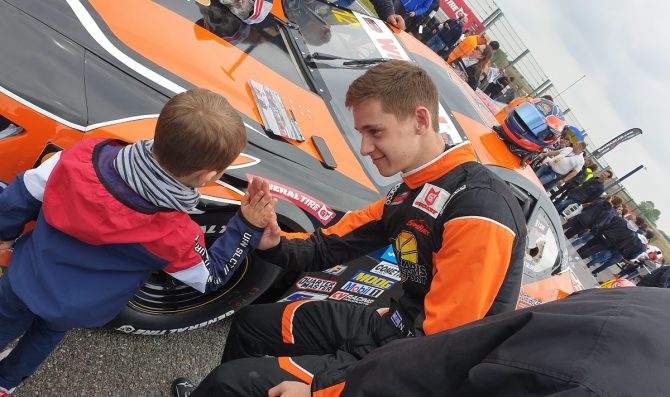 EuroNASCAR: “I want to become a PRO driver!”

Tel Aviv, Israel – Naveh Talor is one of most interesting driver of the 2019 NASCAR Whelen Euro Series season. Coming from karting, the 17 years old talent from Israel debuted this year in the car racing at the wheel of the #12 Solaris Motorsport Chevrolet Camaro. Thanks to solid and smart races, Talor has grown race by race, conquering twice the Top10 and putting an outstanding comeback during the ELITE 2 Race 2 at Brand Hatch.

Hi Naveh! You debuted this season in the car racing choosing the NASCAR world, what’s your feeling after the Regular Season?
“My debut has been amazing and has exposed me to the crazy world that is car racing, professional racing! I feel very comfortable in the car and I am learning every time another little thing to be able to push more. I also got to meet and be part of a new family for me, the Solaris Motorsport, as-well as the championship which I enjoy very much!”

Why did you choose the Euro NASCAR for your car racing debut?
“I chose the NASCAR Whelen Euro Series for my debut in cars because I was sure it was the best option and I was right! I was given the opportunity to race and I catch it. I felt that I was wanted in the championship. NASCAR is all about close and tough racing and that’s what I like in racing! So it is a perfect match for me.”

Everything was new for you, what’s the most difficult part?
“Truly everything this season was totally new for me. The car, the gearbox, the speed and everything else provided me with a steep learning curve. I was able to adapt quickly although it was difficult for me to learn the race procedure and how to manage race pace and the tyres.”

What’s your best memories?
“The NASCAR GP of UK, definetely! My comeback and battle from the back of the grid. I had the chance to show my potential and I had a lot of fun in overtaking. But I have other good memories, for example when I reached the Top10, although it should’ve been more often. It is also very fun to be racing with friends that I have met this season.”

The EuroNASCAR Playoffs are coming, what’s the goal?
“I expect to be in the Top10 in every session and I am trying to push for the Top5 and Rookie podiums as much time as I can. The playoffs are on two very famous tracks that I’ve know for a while, so racing there will be an amazing feeling!”

About the future, what’s your racing dream?
“Well it’s easy! To be able to race anywhere at a high level and be able to make it a successful career. I want to make of racing my job!”

Thanks Naveh, have a nice summer and good luck for the Playoffs!
“Thanks, I just want to say another, important thing. I want to say thank you to all my fans! I really appreciate their support and the excitement that you all give me! You have to know that it pushes me a lot to do better. All of the kids make my day when I meet them.”

The 2019 NASCAR Whelen Euro Series season is on its halfway point, the battle on track will resume in September, with the PlayOffs that will distribute double points. The historic track of Hockenheim, the same where Francesco Sini was crowned 2014 EuroV8 Series Champion, will host the SemiFinals scheduled from 20th to 22th September. 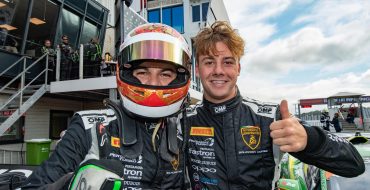 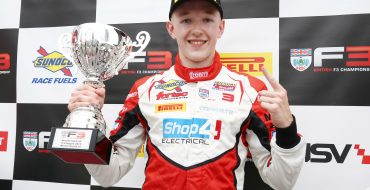 Hoggard storms to his fifth victory

END_OF_DOCUMENT_TOKEN_TO_BE_REPLACED

END_OF_DOCUMENT_TOKEN_TO_BE_REPLACED
This site uses cookies, including third parties, to offer services in line with your preferences. If you want to know more click here. By closing this banner you consent to the use of cookies.